Working with first time documentary makers David Farrier and Dylan Reeve, Tickled was edited by Simon Coldrick at The Bigger Picture Post Production facilities.
Simon was a fantastic addition to the Tickled team, taking a complex story and working with the directors to create a cinematic film that keeps rewarding to the end.
Tickled Producer - Carthew Neal
Simon is at the top of his game: He is an expert at seeing to the heart of a story, using his skills to weave clear and precise narratives, that are also filled with creative flair- you're getting the full package. His skills are a rarity.
Tickled director - David Farrier
Tickled film and trailer edited by Simon Coldrick
Captivating and jaw-dropping
HOLLYWOOD REPORTER

This documentary is freakier than most horror movies.
FIRST SHOWING 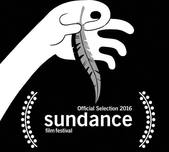